Dangers of Mercury Fillings from Your Dentist in Oklahoma City 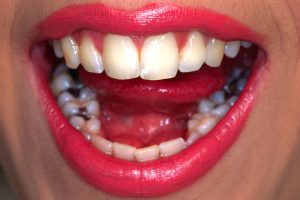 Metal dental amalgam fillings have been commonly used in dentistry for decades, however, with recent studies proving the dangers of the fillings due to toxins, we are now replacing amalgam fillings daily. Amalgam fillings are made with a material that’s roughly 43-54 percent mercury, giving them a silver appearance. While these fillings are generally considered to be safe by many, the fillings release mercury vapor into your body, causing an accumulation of mercury exposure overtime. As your family dentist in Oklahoma City, Grand Dental Studio has everything you need to know about mercury fillings and the toxins they release.
END_OF_DOCUMENT_TOKEN_TO_BE_REPLACED